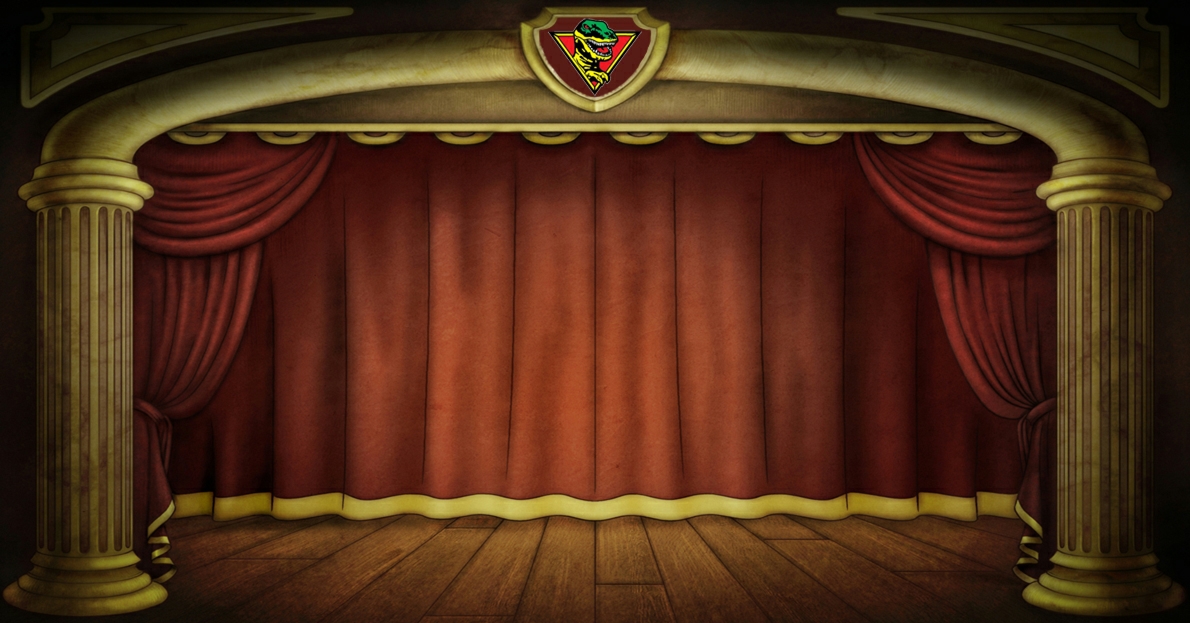 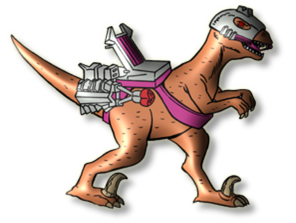 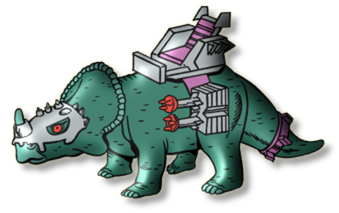 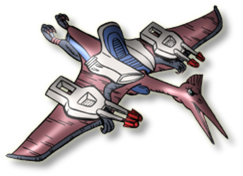 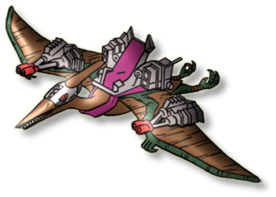 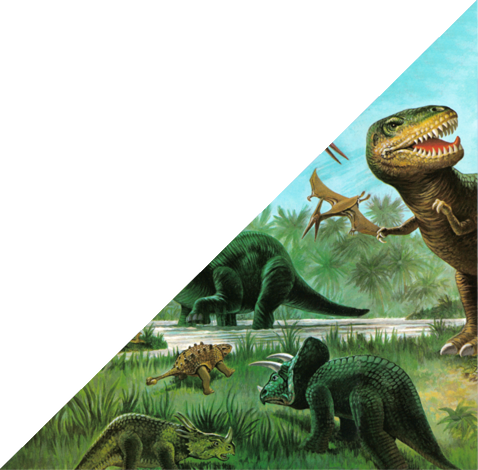 Dino-Riders proved popular worldwide. The toy line appeared in Canada, Germany, Australia, the United Kingdom and Italy, among other countries.  For collectors, there is nothing really worthwhile about collecting foreign versions of the toys because the toys themselves were exactly the same. The box art is identical and the only difference is that the writing would either be changed into the appropriate foreign language or would contain both the English and foreign languages. Also, it appears that the German versions of the mini comics did not have a fan club offer. Instead, there were just pictures of the Series 1/Series 2 line:

What is potentially more collectable and certainly a whole lot cooler are the Japanese versions of the toys. While the toys themselves are identical for the most part, the box art is dramatically different. For starters, rather than have an artistic depiction of a battle scene like the regular U.S. versions, the Japanese boxes contained actual photographs of the toys. This ensured that a person received exactly what appeared on the outside of the box (often impossible in the toy collecting world). Also, the back of the Japanese boxes contained a different Dino-Rider battle scene than its U.S. counterpart and also included some cartoon photos of some of the characters. Perhaps the coolest difference was that the Japanese versions came with their own unique comic inserts. The story used the same characters but they were portrayed as being a lot younger and the whole artistic style had much more of an anime flavor to it. The toys also came with a unique set of instructions.  You can find our more about the Japanese Dino-Riders in the Toys section. 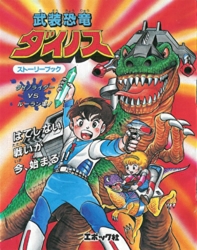 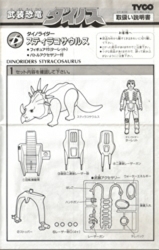 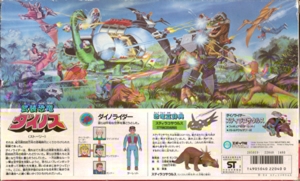 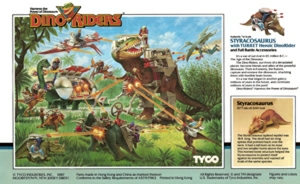 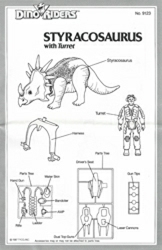 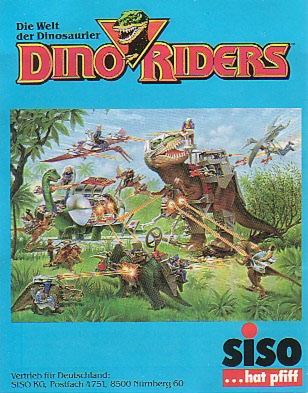 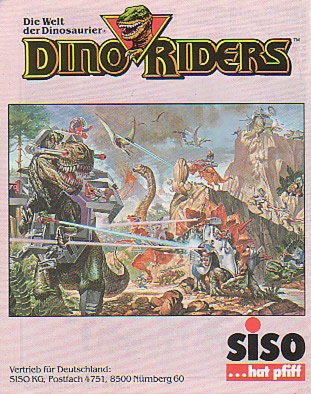 Back of U.S. Comic Inserts

Back of German Comic Inserts (Series 1)

Back of German Comic Inserts (Series 2)