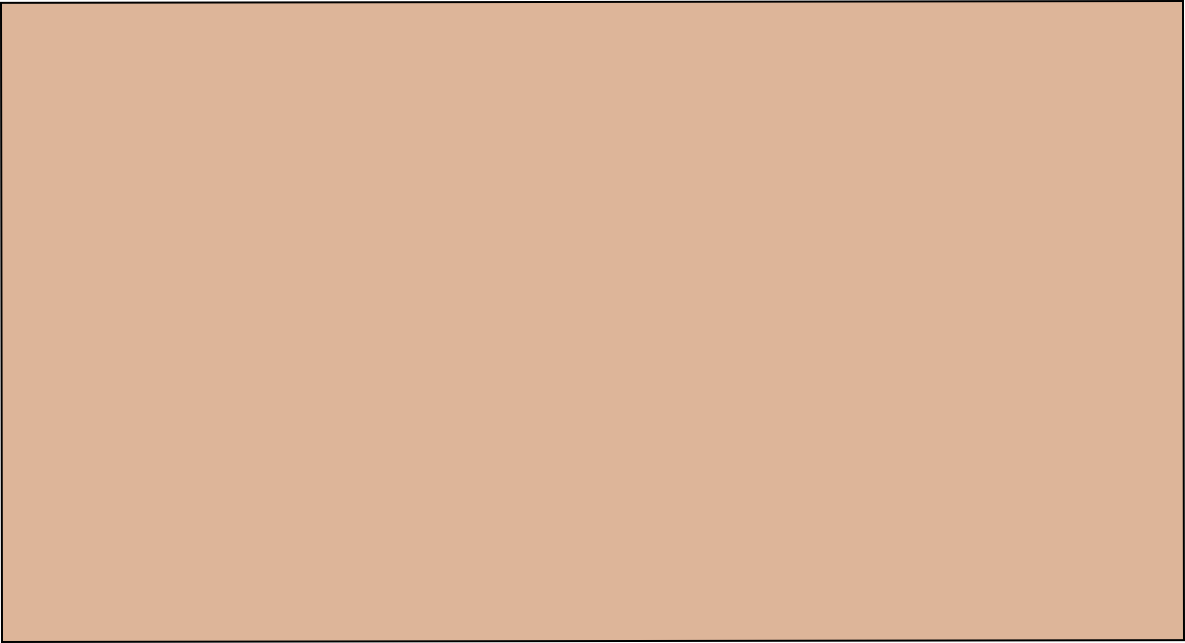 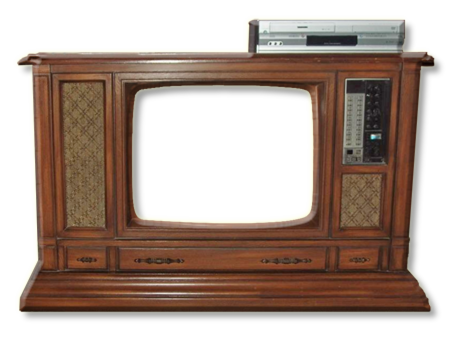 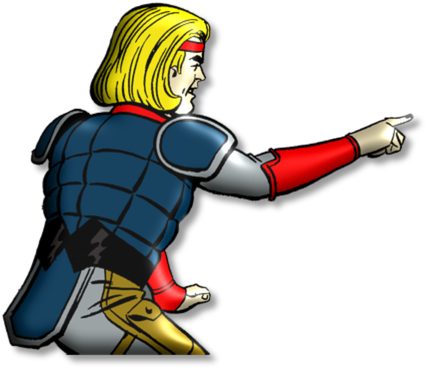 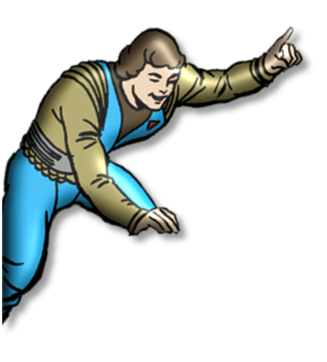 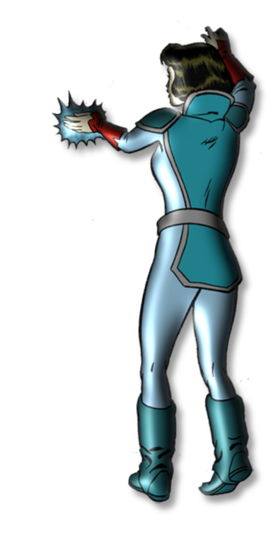 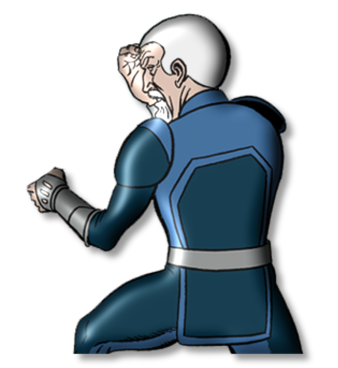 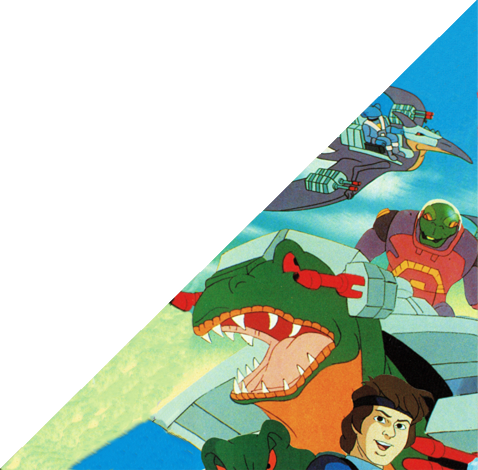 The fearless leader of the Dino-Riders, Questar is strong-willed and courageous. Questar is an easy person to get along with but at the same, has no problems giving out orders and effectively commanding his people. Questar has no qualms about asking for assistance and is often aided by his top officials including Ikon, Vector, Mind-Zei, and Astra.

A wise old warrior, Mind-Zei makes up for his blindness with his sixth-sense. Despite not being able to physically see his surroundings, Mind-Zei can detect anything or anyone around him, friend or foe. Mind-Zei is well versed in martial arts and can hold his own with just about any Rulon out there. The grandfather of Serena, Mind-Zei is a compassionate man that frequently offers helpful advice to Questar.

A young and free spirited Dino-Rider, Yungstar is always looking for action. Whether it's battling Rulons or racing through the plains on his Deinonychus, Yungstar is ready. Yungstar sometimes lets his pride get in the way of things and is often getting into some sticky situations because of it. Though not always patient, Yungstar is forever dedicated to the good cause.

Young and attractive, Serena has the ability to heal other beings, whether human, alien, or animal. Serena can sense when others are in trouble and often puts her own life on the line in order to save them. The granddaughter of Mind-Zei, Serena is both compassionate and battle-tested.

A “Mr. Fix It” of sorts, Turret is a technician and scientist. Turret is in charge of the S.T.E.P. crystal and can easily modify it to adapt to the changing needs of the Dino-Riders. Although extremely important to the Dino-Riders team, Turret often has a low self-esteem because he is not typically involved in the day-to-day battles with the Rulons.

A hardened war veteran, Gunner is a high-ranking Dino-Rider official. Gunner has endless combat experience and is often assigned to training other Dino-Riders on the finer points of tactical maneuvering and artillery use. Gunner is often stubborn and is used to the old ways of doing things. Beneath his rough exterior, Gunner is a kind-hearted person that would gladly put himself in jeopardy to save his comrades.

As the youngest Dino-Rider, Llahd often finds himself in compromising positions because of his curiosity. Sometimes defying direct orders, Llahd is just as courageous as any of the other Dino-Riders and wants nothing more than to one day be in the full heat of battle.

An able, mid-level official, Tagg is both likeable and battle-tested. Often instructing other Dino-Riders during training exercises, Tagg can make short work of mountainsides and boulders with his faithful Pachycephalosaurus.

One of Questar’s top advisors, Ikon is a statistician and pragmatist. With the help of his staff, Ikon can answer Questar’s questions within seconds and in doing so, he does not attempt to sugar coat anything. Ikon frequently calculates the probability of success for Questar’s plans. Of all the Dino-Riders, Ikon seems to have the least personality. However, his contributions to the Dino-Rider team cannot be overstated.

Another one of Questar’s top advisors, Vector functions as a general contractor of sorts for the Dino-Riders camp. With his computerized wrist strap, Vector can assess Dino-Rider projects, including infrastructure repair and camp expansion.

A competitive rival of Yunstar, Aero is aptly named for his flying ability. He can maneuver a Quetzalcoatlus better than anyone, although Yungstar may beg to differ. While not as reckless as Yungstar, Aero is no less of a daredevil and will frequently show off his skills.

Tark is a high-ranking Dino-Rider official.  Questar frequently consults with Tark on a number of important matters and his years of experience and vast amount of knowledge have earned him the respect of his peers.

Aries is a young warrior who is frequently unsure of himself and in need of guidance from the older Dino-Riders, particularly Mind-Zei.  His problem is frequently one of confidence, not capability.  Aries typically mans the artillery of the Diplodocus.

Neutrino is another member of the Dino-Riders team that assists in various training courses.  Although much of his time is spent training others, Neutrino is more than capable on the battlefield.

The leader of the Commandos, the special forces military unit of the Dino-Riders, Astra is a hardened war veteran. Astra used to teach at the Valorian University and even had Questar as a student at one time. Astra is an excellent military strategist and knows how to effectively lead his group of commandos to success when extremely difficult situations require their assistance.

A member of the elite Commandos, Bomba is an explosives expert. Bomba can set charges in strategic locations in order to remove large pieces of land and make appropriate clearings.

A member of the elite Commandos, Kameelian is a master of disguise. Kameelian specializes in surveillance and reconnaissance. A survival expert, Kameelian can blend in with almost any surrounding and his unique abilities provide immeasurable assistance to the Dino-Riders.

A member of the elite Commandos, Glyde is a master of flight who feels more at home in the sky than on land. Equipped with his hang glider, Glyde can expertly navigate through the air and provide both reconnaissance and artillery cover.

A member of the elite Commandos, Faze specializes in artillery. He is fully equipped with rockets and other cool weapons and is an ace when it comes to firing them. Free spirited and often carefree, Faze is cool cat that can still hang with lions.

A member of the elite Commandos, Rok is a mountain man and hiking expert. With his advanced equipment, Rok can navigate just about any mountain and feels right at home following trails in the woods.

A young Neanderthal, Kub is a courageous warrior. Speaking very little English, Kub’s larger than life qualities come out in the heat of battle. Recognizing the good cause, Kub has given his devotion to the Dino-Riders and has traveled through time to help them defeat the Rulons.

Maya is a compassionate woman that is the Neanderthal equivalent of Serena. Although she doesn't have any special telepathic abilities like Serena, Maya is no less adept at healing and caring for others.

The leader of a group of Neanderthals, Zar is a peaceful warrior who has constantly been attacked by an evil group of Neanderthals led by Grom. Believing that his people will one day defeat Grom, Zar refuses to succumb to Grom's powerful group like many of the other tribes before him.

An evil Neanderthal leader, Grom wants to annihilate rival clans. Truly ruthless and treacherous, Grom has ruled with an iron fist for many years and has struck fear into the hearts of countless rival Neanderthals.

The evil leader of the Rulons, Krulos is a frog-like being that has one goal on his mind – world domination. In order to do that, Krulos must first eliminate the Dino-Riders, a task that he is happy to oblige. Krulos would like nothing more than to destroy his rival, Questar. Krulos runs a tight ship and rules by fear. None of his soldiers dare challenge his authority and anyone that does is forced to quickly rethink such a thought.

One of Krulos’ top generals, Rasp is the leader of the Viper group. This slithery snake is both vicious and slick. While not the most powerful and certainly not the bravest, Rasp is battle-tested and effective. Rasp often attempts to usurp Krulos’ power and often feels that he is charge when Krulos is not around.

Another one of Krulos’ top officials, Hammerhead is the leader of the Sharkmen. Hammerhead is a very strong and capable general that can battle with the best of them. Hammerhead is less outspoken than Rasp but is arguably more capable and beneficial to the Rulon cause.

One of Krulos’ generals, Antor is the leader of the Antmen, a group of strong workers that make up for their lack of intelligence with their work rate and endless loyalty. Antor often vies for second in command status with Hammerhead and Rasp but typically does not get much recognition. Antor often has to be the one to put things in perspective when Rasp and Hammerhead argue over who the better general is.

Of all of Krulos’ generals, Krok seems to be the most competent and mature. He doesn’t get into arguments with the others about who the better general is and instead focuses on serving his master, Krulos. Krok has pledged his undying loyalty to Krulos and will stop at nothing in order to make Krulos happy.

Skate is a low-ranking Rulon official and only plays a small role in the overall Rulon regime.

Another low-ranking Rulon official, Lokus does whatever is asked of him. Although not quite as prominent as the other troops, Lokus is still willing to function as a small cog in the Rulon machine.